What used to be a small school driven and established by passion, has expanded immensely to rear thousands of students. Established in 1975, Corpus Christi School now stands as one of the most prestigious schools in Northern Mindanao.

The school had its beginning in 1975 when Mrs. Maria Corazon S. del Fierro rented one Sunday-school room of the Cagayan Baptist Church along Tomas Saco Street in the Macasandig district of Cagayan de Oro City. to get an overview of how the idea of the school came to be, let us look back to Mrs. del Fierro’s graduation speech in 1989: 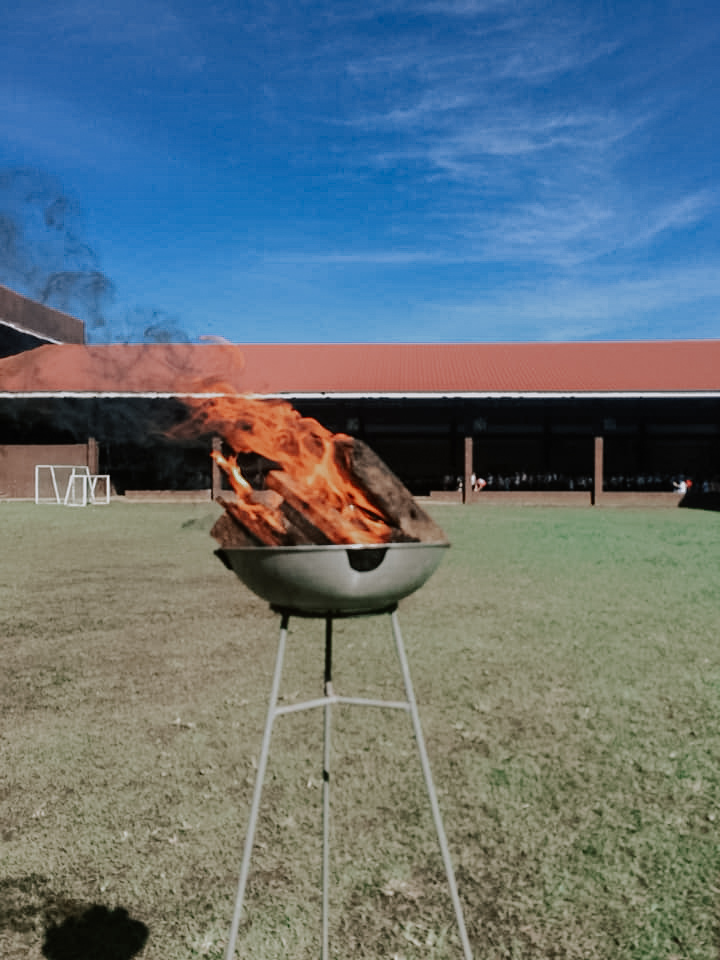 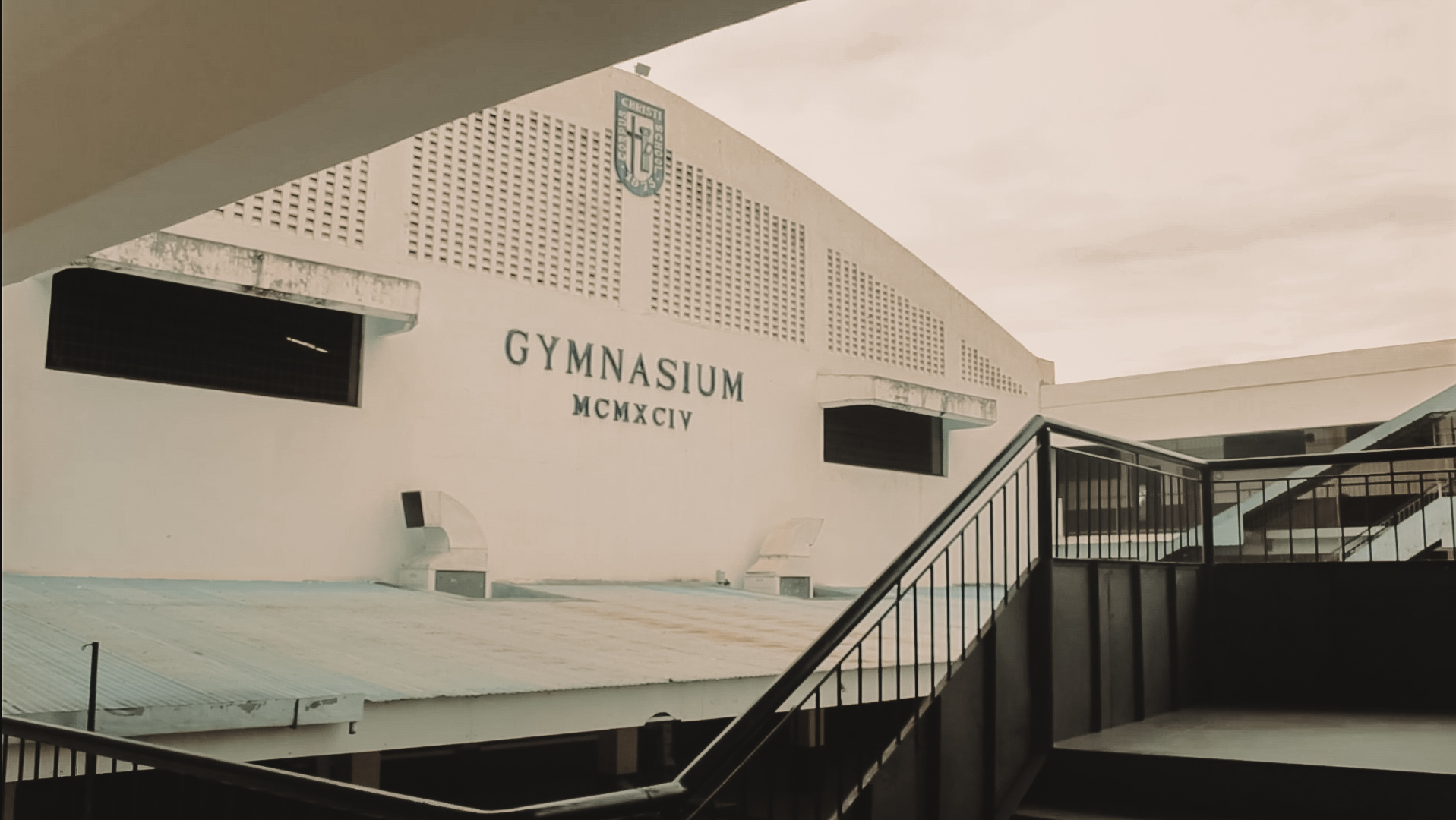 “The 1989 Grade Six graduates are the third batch of elementary level graduates of Little Schoolhouse. Speaking before a quadrangle bursting at the seams, it is particularly sentimental to recall that not so long ago in 1981, there were only 30 students that went up the makeshift stage erected where the mango tree now stands to receive their kindergarten diplomas.

Many of you know Little Schoolhouse had her tiny beginning in 1975. What no one knows is how the idea began in the first place. I’d like to be candid this afternoon by sharing it with you.

In July 1975, I recently arrived from America where my husband earned his graduate degree. I made a vow. I promised never to go back to the United States to join the so-called brain drain. At that time, I was jobless. Not being clairvoyant to know that I could be professionally fulfilled in the Philippines, I wavered in my resolve at one point. I could have kept my secure teaching job in the United States then. But something bothered me. Deep down I felt that I owed a lot to this nation that accepted me with open arms at birth, fed, sheltered and clothed me. I had a filial obligation to give back something.

Yet I was just an ordinary citizen with meager resources. All I could give was what I could do: teach little children. If one had to help in nation building, I thought, work on the hope of the future. To make a long story short, Little Schoolhouse was born in November, 1975.” 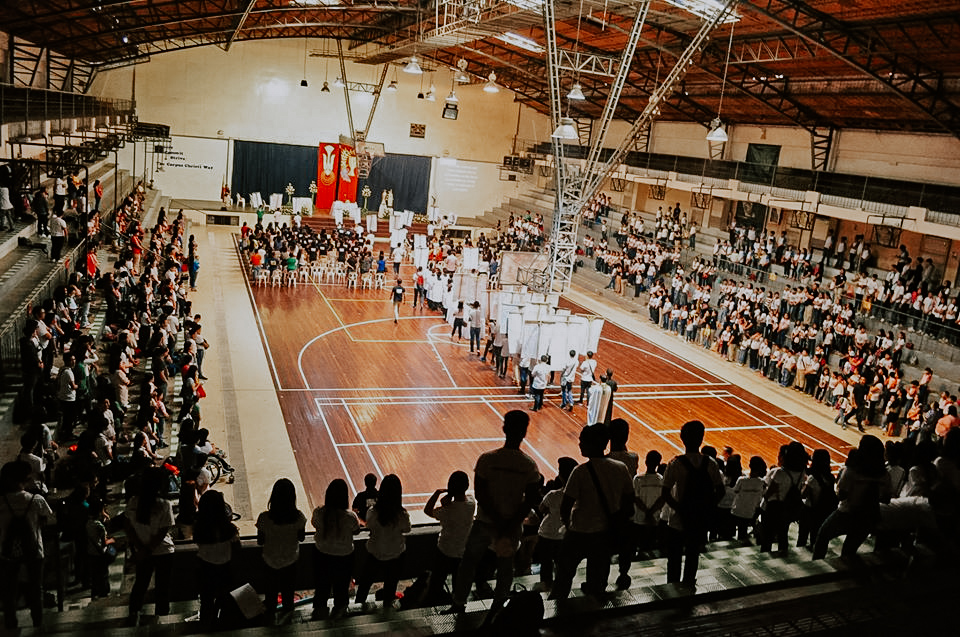 It was intended to be a nursery school only. But like a child, the little school kept growing. After a few years, the Sunday school rooms were not enough for the numerous enrollees. With the help of some parents, Dr. and Mrs. del Fierro applied for a loan with DBP and constructed three classrooms in a new site. So in 1980, Little Schoolhouse moved to the present location with 100 children enrolled. The parents were very pleased with the school so they requested Mrs. del Fierro to open grade school classes even if it were only up to grade two. She asked the Lord if it was all right to go on adding a grade level each year as requested by many parents and the answer was yes. The easy availability of the lot on which the school now stands was a sign of His assent. As the national population grew, so did the school’s. In the middle of March each year, more chairs had to be added for the audience on graduation day. Around April, classrooms had to be constructed to accommodate enrollment reservations. Soon, it was becoming the choice even for families from as far as Jasaan and Villanueva in Misamis Oriental and Malaybalay in Bukidnon.

With the growth in both buildings and enrollment, was the steady strengthening of quality education as attested to by many appreciative parents and constant victories in competitions and qualifying examinations. Each year, out of the usual 18 to 29 students who qualified for the Philippine Science High School in Diliman and Davao, a good two-thirds usually come from the school. With only four batches of Grade Six graduates in 1990, it already produced a national champion in the Caltex Young Scientists’ Quiz and for the first time in the contest’s history, the champion had a perfect score.

Again the parents started to convince Mrs. del Fierro to open a high school. She resisted due to the pressing financial obligations, but the parents persisted and promised to help in whatever way they could. While attending mass on the feast of Corpus Christi, Mrs. del Fierro came to a decision; she would start a high school. Thus the school’s name was changed from Little Schoolhouse to Corpus Christi School.

Through the excellent management of her founders, Dr. and Mrs. Alfonso del Fierro, Jr., the school grew and a three-classroom Grade School was erected in 1980 on its Macasandig site. The school became a complete elementary school and received recognition from the Department of Education, Culture and Sports (DECS) in 1986.

The founders saw the city’s need to sustain the provision of quality elementary and secondary education. In 1988, upon the approval of DECS, the Corpus Christi High School was established. Government recognition of CCS’s complete secondary curriculum was granted on November 22, 1989.

In view of the rapid growth in student population, everyone in school felt the need to expand. A hectare of land was then acquired in September 1989 and became the present site of the Macasandig high school department.

Throughout her years of existence, the school has continually produced students who have shown excellent achievements. The numerous awards in the academic field that her students received in inter-school competitions, as well as exemplary performance in entrance examinations to various prestigious colleges and universities attest to the school’s achievements of academic excellence. During the school year 2011-2012, a 1-hectare Corpus Christi Pueblo Campus was opened in Upper Carmen. Preschool, Grades 1-6 and 1st year to 3rd year classes were opened during its initial year of operation.

The high school unit of Corpus Christi School was among the first secondary schools in the region that immediately adopted the Enhanced Basic Education Curriculum (K to 12 Program) in the school year 2012-2013 with her first batch of Grade 12 graduating at the end of school year 2017-2018.

Today, Corpus Christi School continues to mold students to be excellent members of their community and country.

"Yet I was just an ordinary citizen with meager resources. All I could give was what I could do: teach little children. If one had to help in nation building, I thought, work on the hope of the future." 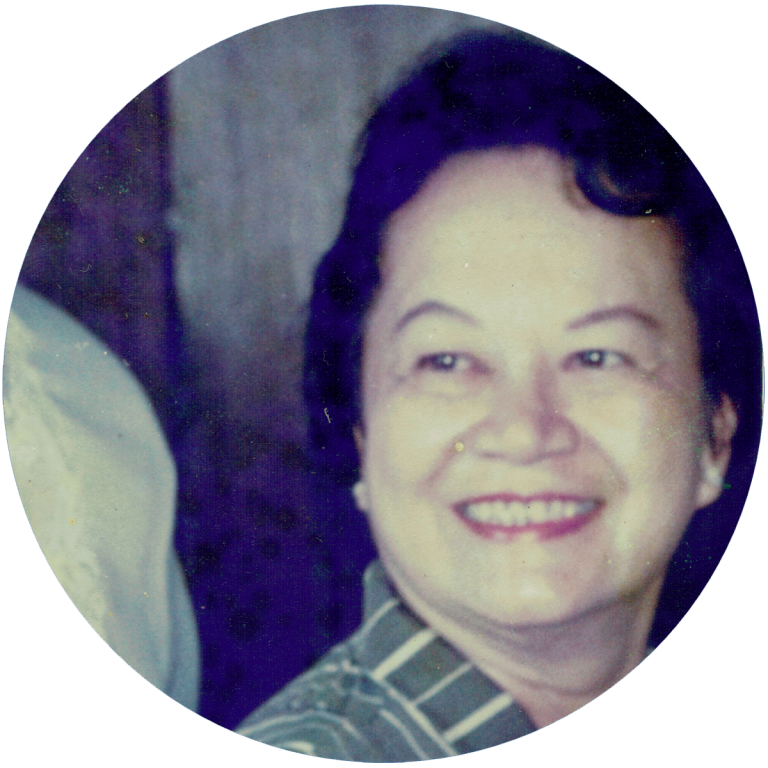 The school seal bears witness to the mission of the school:

the book for academic excellence; the pillars for integrity and love for country and the cross for love of God. All the students in Corpus Christi School are reared in an atmosphere that aims to inculcate the mission of the school. The good performance and proper behavior of the grade school graduates in the high schools that they attend is a living proof of the fulfillment of the school’s mission. 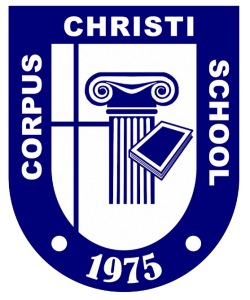 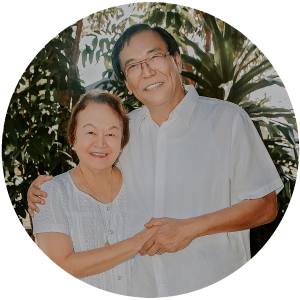 Plant your child's future with us

We believe in the importance of a harmonious working relationship between the administration, faculty, and parents in molding the child to become the best person God meant him/her to be.